GSF is pleased to announce that 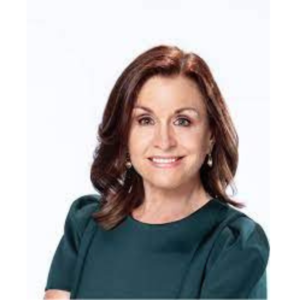 Dr. Marisa Azaret of CNN en Español will join the upcoming Gala Dinner on November 5 in Boston as a guest speaker. She will address mental health resilience amid bullying and stigmatization, a common difficulty for individuals born with cleft.

Marisa Azaret, Psy.D. is CNN en Español´s Medical Contributor and host of “Vive la Salud con la Dra. Azaret.” Dr. Azaret is the Clinical Director, Psychology Department, Nicklaus Children´s Hospital in Miami and faculty member in the Pediatric Residency Program at the same hospital. She is a licensed clinical psychologist who has been dedicated to the practice of pediatric psychology for the past 36 years.

For many years, Dr. Azaret has served as a producer, writer and on-air host for programs and segments in the area of mental health in Hispanic media outlets, including Univision and Telemundo, among others. She has been the recipient of one EMMY award and one EMMY nomination for her work on Telemundo and Univision. In addition, she has received three EMMY nominations and two EMMY awards for her work as medical correspondent in the morning show Café CNN and as the host of Vive la Salud. Her show “Vive la Salud” was awarded two prestigious Sentinel Awards, honoring exemplary TV storylines on Health. This award is presented in partnership with the Centers for Disease Control and Prevention by Hollywood Health and Society, a program of the USC Annenberg Norman Lear Center.

Native of Cuba, Dr. Azaret received her doctoral degree from Nova University in Florida in 1986. She is fluent in English and Spanish.

We hope you will join us!  Click here to register today for the gala.